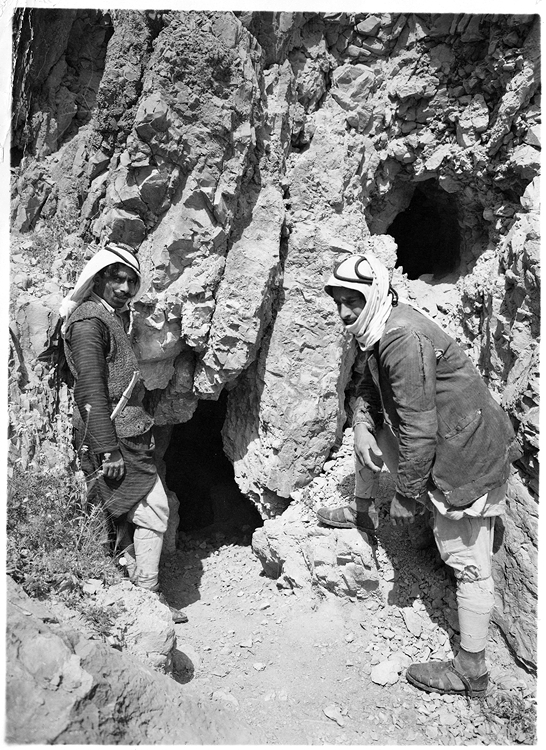 Bedouin shepherds Muhammed Ahmed el-Hamed (ed-Dib) and Jum'a Muhammed Khalil at the entrance to Cave 1, where they found three scrolls hidden in a clay jar, sometime during the winter of 1946-47. Four additional scrolls were discovered on a later visit. The shepherds brought the scrolls to Bethlehem in March 1947, hoping to find a buyer. They are believed to have been hidden by Essene monks from the nearby settlement at Wadi Qumran, as Roman soldiers approached in 68 C.E. The Scrolls reveal the sectarian roots of both Christianity and Sethian Gnosticism.

Left: Jar of the type in which scrolls were hidden in Cave 1.
- Courtesy of the Israel Antiquities Authority